WHO has partnered with over 50 game industry companies to launch a global campaign sharing their health guidelines to fight the spread of COVID-19. The campaign, #PlayApartTogether, incentivised people to stay at home through offering free games, holding digital events and giving out game rewards.

In light of this campaign, we have decided to look into the important role that gaming has played in fulfilling the needs for social interaction and entertainment, and how the gaming community has rallied together to support those most affected by the pandemic outbreak.

One of the big industries to feel the pressure of COVID-19 was traditional sporting leagues and events. As a result, several leagues have gone virtual, continuing to provide entertainment to those stuck at home using sports and simulation games.

Following the cancellation of NASCAR races, NASCAR and Fox Sports announced an inaugural eNASCAR Pro Invitational iRacing series as a replacement. Initially only televised on FS1 in the first week, the series has now expanded to also be broadcasted on FOX Sports, seeing a 48.3% increase in viewership from week 1 (903k) to week 2 (1.34m). Week 3 saw 1.18m live viewers.

Similar to Nascar, Formula1 has also launched the F1 Esports Virtual Grand Prix series. The series started with The Virtual Bahrain Grand Prix, which saw over 350,000 viewers across all streams of the race. Various celebrities took part, from McLaren's Lando Norris to singer Liam Payne and golfer Ian Poulter. The following Vietnam Virtual GP which was raced on the Albert Park circuit in-game saw 476,000 peak viewers (+28.9%). Most interestingly, The F1 games have consequently seen a 189% rise in its PC player base.

The cancellation of the NBA league was one that made many headlines and disappointed fans globally. To continue to bring NBA-related entertainment, an NBA2K Players Tournament was held in the first 2 weeks of April. The videos of the full games and game highlights have pulled in over 4.4 million views on Youtube (at the point of writing), with the highest reported live viewership being 387,000 (Durant vs Jones).

More people are Playing Games than ever before

While the increase in people staying at home has undoubtedly made waves in the gaming industry, we found that more people than ever are playing video games to pass the time.

The number of concurrent users on Steam has grown significantly in the past 2 months, since the start of the COVID-19 outbreak. Steam’s peak average daily users are the highest it has ever been. It's also the first time in 3 years that the platform has had an increase in its concurrent users between January and March, as there is usually a drop off in player base after the holiday season.

Verizon has reported that during a typical day, there has been a 115% increase in gaming on its networks from before COVID-19. From a game developer's perspective, Bungie, says that average daily user engagement on their game “Destiny 2” is up 10% worldwide and as much as 20% in the markets most affected by the coronavirus.

GSD (Games Sales Data) reports that for the week of March 16th, there were 2.74 million games downloaded across the EMEAA region, a 53% increase over the previous week. Italy alone saw a 175% increase.

While not everyone owns PCs or gaming consoles, many have the accessibility of mobile games to keep entertained. According to App Annie, in Q1 of 2020, mobile games saw over 13 billion downloads and US$16.7 billion in spending. The average weekly game downloads in March alone was 30% higher than Q4 2019.

During the week of March 16th, it was reported that PokemonGo spending reached $23 million, which is 67% up from the previous week, with the most spending coming from the U.S. (34%). This comes after the game temporarily changed its mechanics to allow players to catch Pokemon without having to leave the house. Supercell's Brawl Stars had a 35% rise in downloads and 40% revenue increase week-on-week.

We found that not only were people playing more games, but they were also consuming more video game content. Viewership has grown more than ever across all platforms during these few months.

Twitch, the industry leader in video game live streaming, has seen a significant rise in viewership, the hours watched on Twitch in March grew 28.6% year-over-year and 24.1% from the previous month. There is usually no significant change between January and March each year, but this year there was a 20.63% growth in average viewership since January, and 40% in the peak number of viewers on the platform.

Many of the earlier mentioned sports leagues and teams like Madrid FC are taking advantage of this streaming boom to broadcast their tournaments or reruns of older matches through platforms like Twitch.

Gaming has undoubtedly come into the limelight as a result of this pandemic, and thus we felt it was pertinent to look at how the gaming industry and community was mobilising to support relief efforts and do their part in reducing the spread.

When it became more apparent that gaming is going to be a primary source of entertainment during this pandemic outbreak, well-known personalities in esports and gaming came together to advertise a Gamers vs COVID19 pledge. This pledge emphasises practising responsible social distancing measures while bringing positivity to the gaming world as more people turn to gaming (some for the first time) to stay entertained. Over 23,000 gamers have taken the pledge so far.

Donations by Game Publishers and Streamers

In one of the more interesting ways of charity fundraising, Microsoft utilises microtransactions to raise funds for the Global Giving’s Coronavirus Relief Fund. The company announced that Halo 5 was releasing a new REQ pack called 'Relief and Recovery’. The pack costs US$10 and Microsoft would be donating all the money obtained from sales of the pack from now until April 30. It was reported on April 10th that the game has already raised over US$200,000 for the relief fund.

GamesIndustry highlights more examples of donations and contributions that game developers and notable esports personalities have made in support of COVID-19 relief efforts.

StreamAid was a large stream relay organised by Twitch where many celebrities from gaming, music and sports came together to stream throughout the day in order to benefit the COVID-19 Solidarity Response Fund for WHO, powered by the United Nations Foundation. According to Arsenal.gg, Stream Aid garnered peak concurrent viewership of 135,000 on Saturday and had a collective watch-time of over 1.2 million hours. The stream raised $2.8 million for the fund, of which Procter & Gamble and Gillette contributed $1 million.

A Spanish esports streamer and commentator, Ibai Llanos, came up with the idea of hosting a La Liga Tournament in FIFA20, where a player from each team represented their team in an online FIFA20 tournament. According to Llanos, within the hour, half the teams had already signed up to take part. At the end of the week, 19 teams took part in the competition sponsored by Santander, featuring players like Marco Asensio (Real Madrid) and Sergi Roberto (FC Barcelona). The finals saw a peak of 180,000k concurrent viewers and €140,000 was raised for charity.

As countries look to extend lockdown in an effort to fight COVID-19, it remains a priority for many to break monotony and maintain their mental health. We wish everyone good health and fun as we continue to #PlayApartTogether.

GEEIQ works to make sure you always stay in-the-know of important industry movements and trends. To do this, we have made video games and esports-related news readily available on your home dashboard under ‘latest news’.

The Ministry of Information and Technology in India has announced its ban on PUBG Mobile and 117 other mobile apps. PUBG Mobile’s ban is seen as a huge blow for the emerging Indian mobile esports and streaming scene, with the game reportedly having over 175 million total downloads from 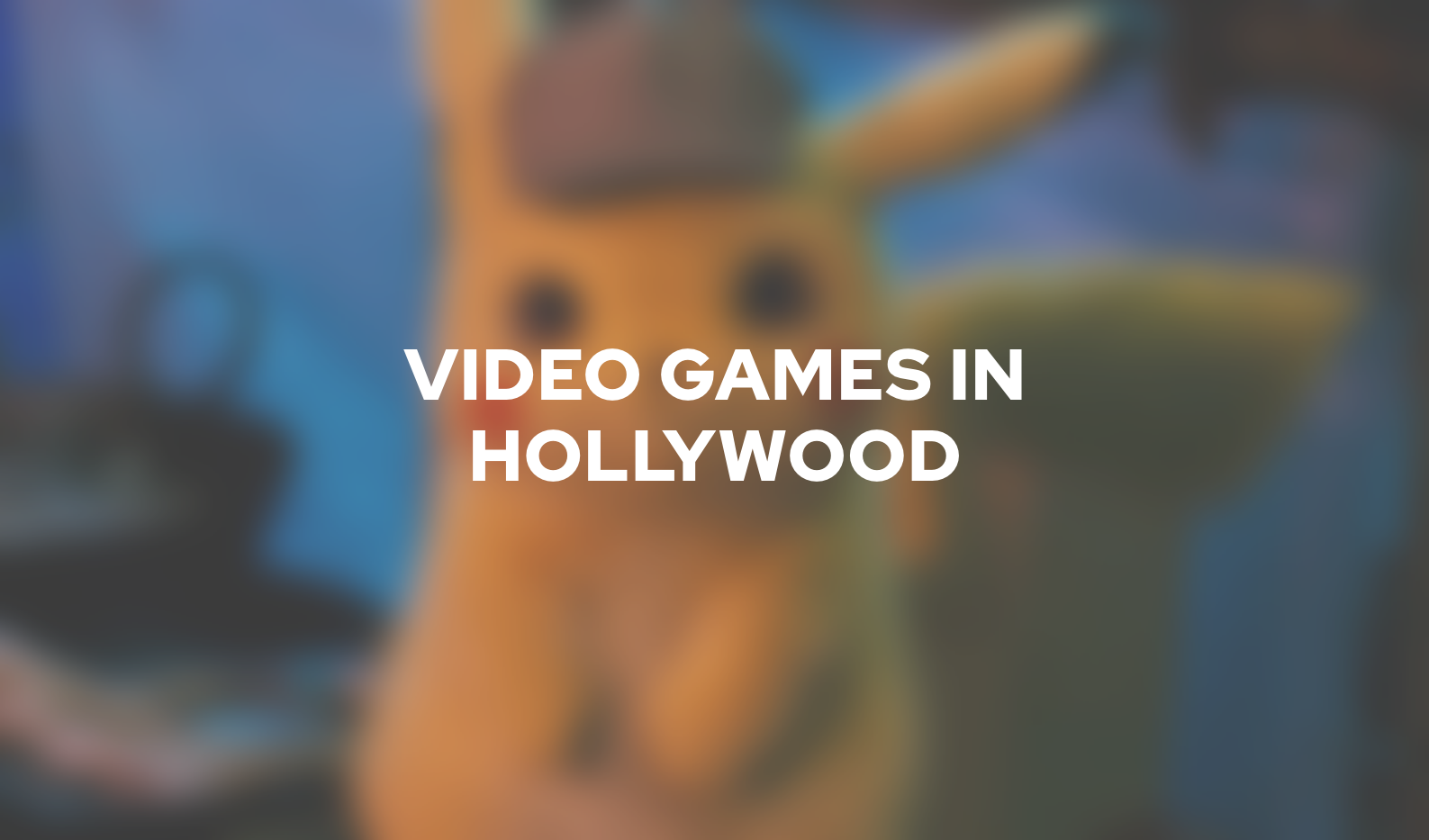 Video Games in Hollywood: Have they gotten better?

Did you know that the video games industry is bigger than Hollywood? But what happens when the two worlds meet? Here is our analysis of the growing success of video games in Hollywood. Since 2016, there has been a shift in the success movies based on video games are receiving.